Invantive’s dbms_output package is largely compatible with Oracle dbms_output. Some essential deviating features between dbms_output on Oracle and Invantive are:

Please note that the dbms_trace package shares these characteristics, but real-time logs to the trace log. The trace log is in general only available through the file system, AWS CloudWatch or tools that capture Windows trace log such as dbgview. 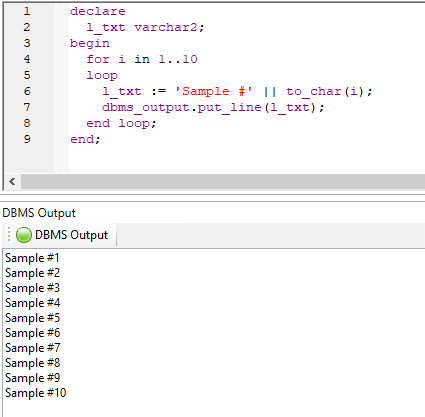