It seems that to_date as evolved and there are missing formats.

but the date mask is documented in Invantive SQL grammar 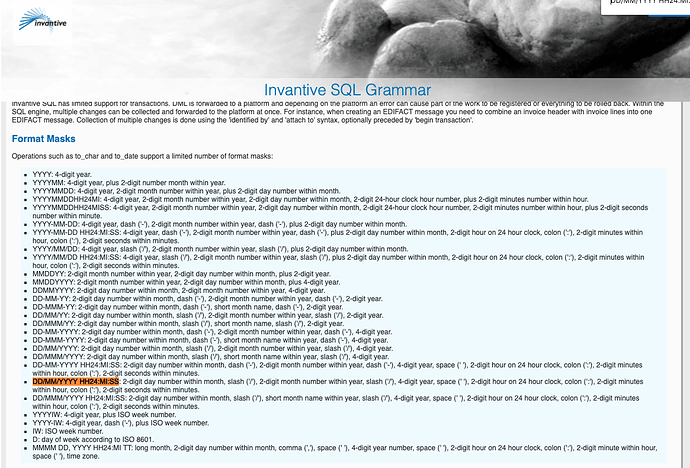 Thanks for pointing this out! It was indeed incorrectly documented, but matches probably some need.

It will have been added in the next BETA release as new functionality. The next BETA should hit the market typically within one week.

For most companies that will not be a concern, so we are developing it in parallel to the current SQL engine. The date mask has been added to both engines. The changes in the next generation SQL engine are especially relevant when you process very large amounts of data in parallel using PSQL or many queries.