issue found on Query Tool Beta 20.1.537 with ExactOnline API on the table ExactOnlineREST.Subscription.subscriptions@eol 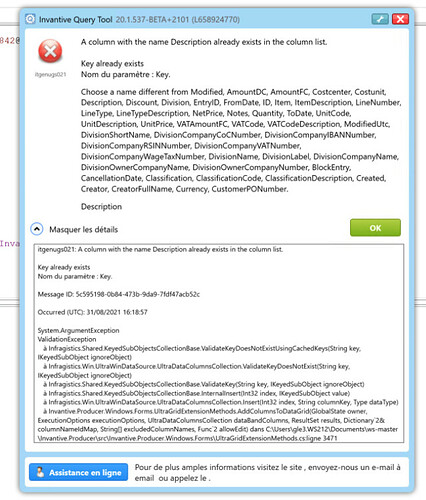 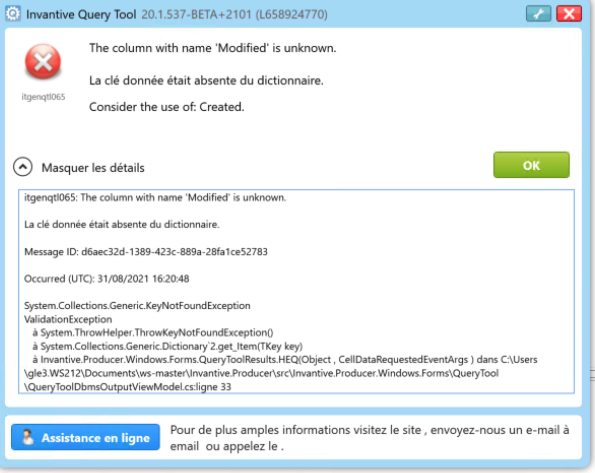 This is probably due to multiple queries running at the same time. With Invantive Query Tool 20.1 it is possible to run a query, cancel it (but often it keeps running) and then run another query.

The output of both queries is rendered to the same results window, which causes errors like missing or duplicate columns for the output.

It is a known bug, but it has not yet been addressed.

Recommendation is to wait for the first query to end (optionally using limit 1000 or alike to reduce the duration) and then start the second query.

When the error has occurred, you can just click through all error windows and run the last query again.

Our apologies for the inconvenience!

we tried again with 20.1.537 and it worked now. So the simultaneous queries case that you have described is our guilt.

Happy to hear! It is actually in my opinion a quite complex bug that we must fix someday.