The list of tables is also available in the Available Objects tab in both the Online SQL Editor as well as Invantive Query Tool: 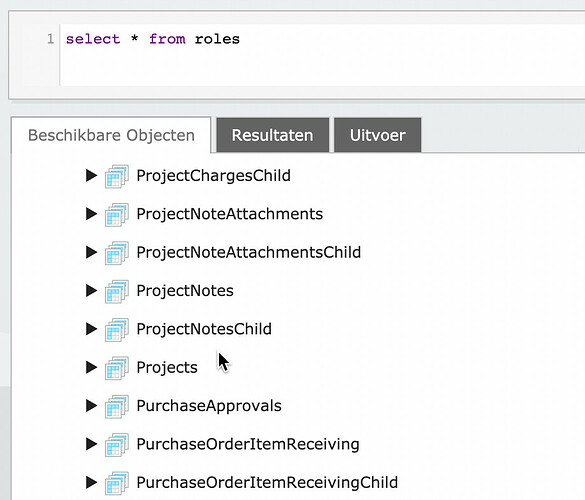 Each table can be queried using SQL:

Similarly, besides with Power BI the connector can also be used to load data into a Microsoft SQL Server data warehouse or Azure Data Factory.

The registration of a database with Autotask requires a so-called “API user”. An API user is a special type of user, different from regular Autotask users. This topic describes the steps to register and/or find your API user:

Use the API user to log on to Autotask with Invantive SQL. The regular user name will not work.