Project management on a Windows 8 tablet? Invantive prepares itself for the future!

With windows 8 Microsoft is taking the fight to Apple

This strategy is in line with the vision of Invantive: everywhere in control of projects. In fact; in cooperation with Invantive this implies even more control on projects. Can you see it already? An Invantive Vision start button on the image below with which all your projects are accessible as well? To make optimal use of the new Windows 8 and Office 2012 integration, Invantive has already started adapting Invantive Vision and is therefore preparing for the future! 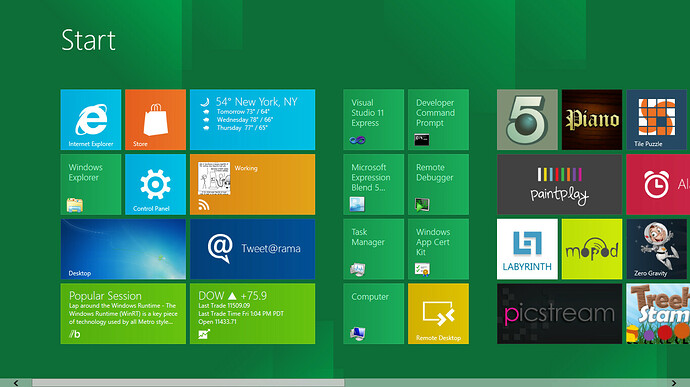 What is new about Microsoft Office 2013?

Microsoft Office 2013 and Windows 8 will soon be available. As Microsoft Partner Invantive has had the opportunity to test these extensively. For Invantive the new possibilities come with many advantages. But what is new about Microsoft Office 2013? At a first glance little to nothing; everything that can be done in the new Office could also be done in Office 2010. The difference is mainly in the flexibility, compatibility, interface and complete integration with Windows 8. That is why there have been a number of major adjustments in the design of Microsoft Office. As a matter of fact; at a first glance it seems like a totally different program. As you can see on the image below, it is has received a new branding style. Windows 8 looks more like a tablet interface in comparison to Windows 7. The control program has been redesigned and there are a lot of resemblances with the interface of the iPad. That is to say that there is no more desktop or start button, icons and applications are now prominently in view. This new design flows logically from the needed adaptions for a tablet and the preservation of recognition. The experience has to be the same on every device. But what is different about Office 2013 then? 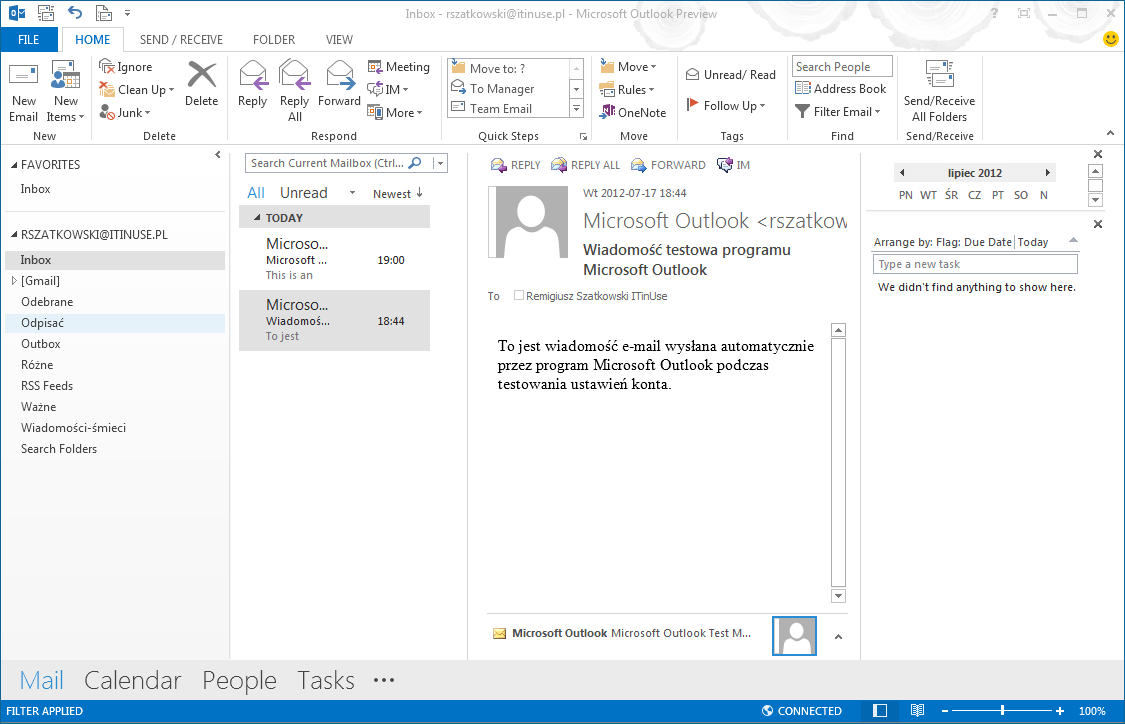 Office 2013 is more than ever aimed on sharing documents, mobile and social working. The new Office is cloud based, which is to say that all documents are platform independent. The documents are automatically stored on the SkyDrive network of Microsoft and are therefore accessible from every place and device. Documents can now easily be edited, stored and shared in a Windows 8 tablet or mobile phone. In addition, the personal settings are also available on a Windows 8 device. Because of the integration of Windows and Office employees and organizations can work more effective and efficient. The expectation is that working with a tablet will reach maturity, incompatibility will be a thing of the past. With the take-over of Yammer (social network for companies), developing an own tablet and optimizing Windows Mobile Microsoft clearly had óne goal: making Office 2013 a multiplatform package.

Office 2013 feels differently as well because of the integration with Windows. Like can be seen on the image below, it truly looks and work differently too. The biggest change in Office 2013 is the Outlook interface, as it consists of no less than three different interfaces. There is the trusted pc interface, the tablet touch and new web interface. The last is especially notable, as it replaces the familiar and popular e-mail service Hotmail by Outlook. Hotmail and other users can now create an Outlook.com e-mail address that offers a better integration with Office. With this Microsoft hopes that the Gmail and Hotmail users will switch. 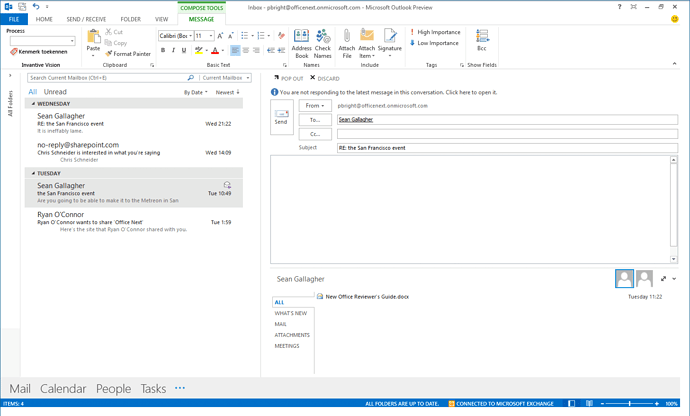 The pc interface is the most notable. Keeping in mind the tablet, Outlook.com and Windows 8, this has been completely redesigned. The first striking change is the color. The familiar orange has made way for blue. It might look different but it fits well with the traditional Windows color. The second change is the display of the icons. Here too there has been tinkering; not just the design is changed but also the distance between the icons. With a tablet that distance is larger than on a pc. The distances change automatically along with the positioning of the tablet. According to Microsoft this benefits the experience; sufficient room is continuously created between the icons to operate them. As third and possibly biggest change to the Outlook interface there is the answering of an e-mail. Where a new screen used to be opened, an e-mail can now be answered within the same window - like in Gmail. The advantage is that work can be done faster. The disadvantages is that message to reply to is no longer readable on a tablet. The keyboard drops over the old message.

Office has also been adapted on the area of Social Media. As can be seen on the image below, the different Social Media like Yammer, Facebook and LinkedIn are now integrated better. The outlook calendar is now updated with information from for example Facebook. Events like birthdays are automatically synchronized. Status updates from LinkedIn and Yammer are also displayed. In combination with Skype Microsoft seems to become a serious player on Voice area. Because what is easier than to be able to call an existing prospect immediately after a status update? 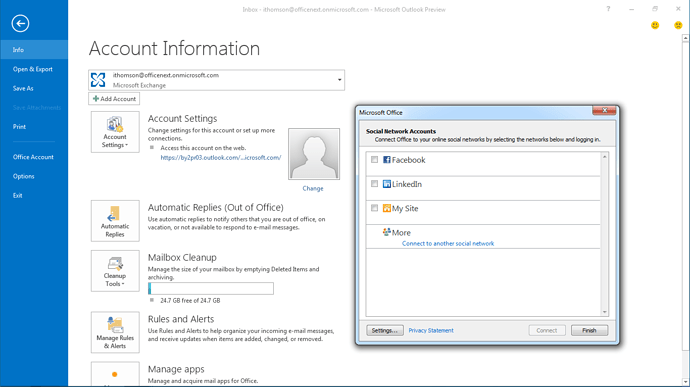 Project management with Invantive and Office 2013

With Office 2013 Microsoft promises more flexibility, efficiency and recognisability. The important services are platform independent and completely integrated with Windows 8. This is good news for Invantive as well as for you. Invantive has already made a number of adjustments.

The first adjustment to the Outlook interface of Invantive Vision is the color. To retain recognisability with Office this has not become blue. Since our house style is also blue, there is now also more recognition with Invantive. In addition the icons in the new house style of Office 2013 have been redesigned. On the image below you can see the result; the new Invantive buttons are in the upper right.

The second adjustment that has been made in Invantive Vision is the simplified adding of a process to an e-mail. This can be done using the button for the assigning of a characteristic like can be seen in the image below in the upper left. Because of the new button the last four processes can be entered directly in the subject field. The advantage of this is that work can be done more effective and efficient. After all, there is no longer need for a search for a project or process. If the project or process is not listed then with óne click the process and project screen can be opened. The button ensured a better registration of important e-mails. The button is well in sight so it is not forgotten very quickly. From internal testing it seems that after the addition of this button there is a significant increase in assigning characteristics to e-mails. Work is now done quicker and more effictive. The new button saves time and therefore also money. But that is not the only thing. The new button also has another function.

To make the extern sharing of information as efficient and effective as possible, the window below is added to the Outlook interface. After assigning the characteristic of a process or a project extra information appears. In this new window information about a process or project is displayed simplified. What is important here is that this overview can be seen independent of Invantive Vision: it is sent along with the e-mail which makes the information visible outside of Invantive Vision as well. Because of this, corporate relations can see important information on a project or process with ease. This improves the contact and relation between partners.

Project management on a Windows 8 tablet?

Because of the new version of Microsoft Office and the adjustments that have been made in Invantive Vision, working with Invantive Vision on a Windows 8 tablet is coming one step closer. First of all because Office is now completely integrated with the other products of Microsoft. Secondly because the offered information in Office 2013 can be approached and viewed independent of platform. The software of Invantive is being adjusted to this and developed further. The first steps in this process have been made with the new lay-out, assign-button and information window. It does not just make working in Invantive Vision easier, it is also in line with working in a tablet. Before that time has come the products will first be developed further. There are also new features on the horizon. What those are I will withhold for now. I do have a number of questions for you: