Synchronize all accounts from an Exact Online company in a Visma.net Financials company with one statement. This second note on one-statement synchronization (mono- as well as bi-directional) illustrates a practical synchronization task.

A global innovation on top of Invantive SQL enables one-statement synchronization (mono- as well as bi-directional) data between applications. The concept and grammar were introduced in Synchronize your Data with one Statement across multiple Applications.

This note provides a practical example of ensuring that all accounts of an Exact Online company are present in a Visma.net Financials company as customers.

The implementation of a mono-directional synchronization from Exact Online to Visma.net Financials is solely one Invantive statement. However, the text of the functionality already highlights the importance of clear terms and mapping functionality between systems:

In this case, the mapping will be rather straightforward. 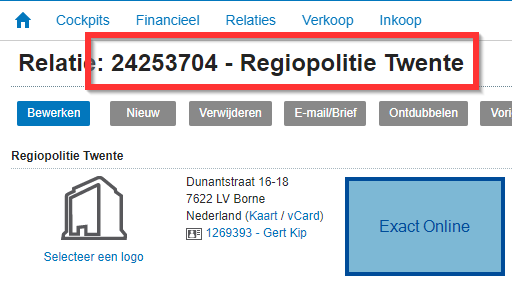 In Visma.net Financials, the result should be: 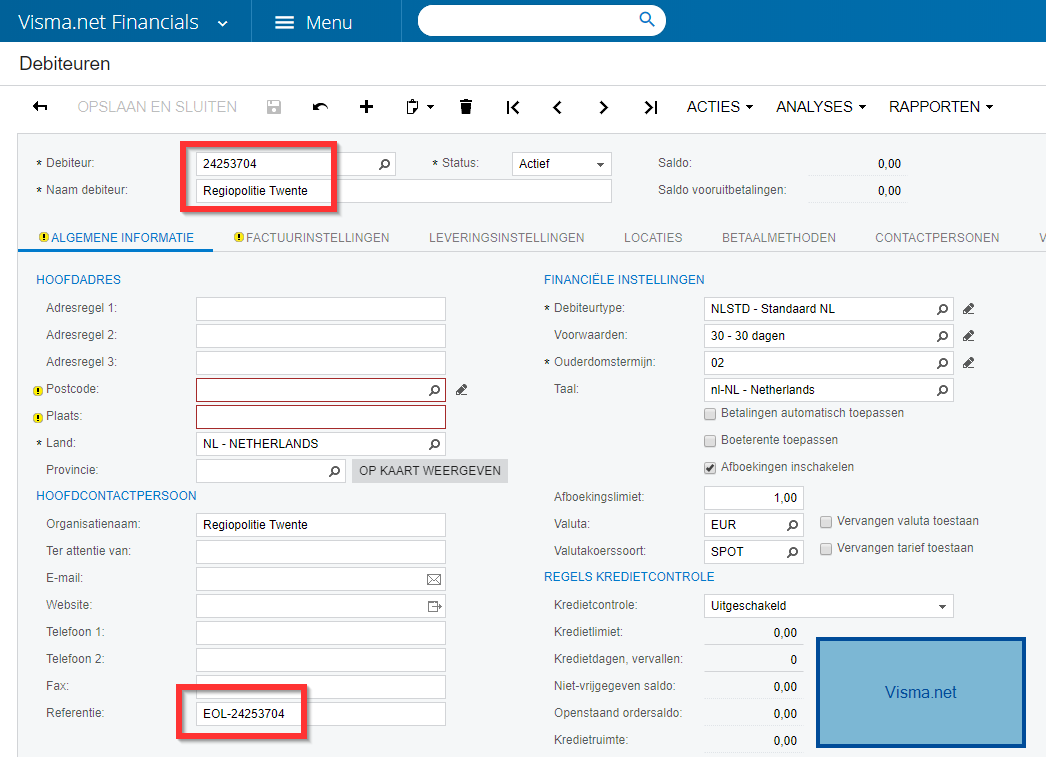 Basically the mapping is:

There is no need for changing characters since both systems seem to support a rather wide set from the Unicode character sets. Truncation is not needed since the originating system Exact Online restricts the name of a party to 50 characters, whereas Visma.net allows up to 60 characters.

Out-of-scope here is splitting apart the Exact Online list of accounts in customers, suppliers (possibly overlapping) and all others. The criteria for such a mapping can be found in documentation.

Neither in scope are updating (just add “or update” to the statement) nor deletion of customers (Visma.net does not support API-based deleted of customers).

The replication could be formulated as an insert into Visma.net Financials from a select with a full outer join on both systems. However, the synchronize statement makes it easier:

The performance of the synchronization process depends on:

Visma.net Financials currently has no bulk insert features and in this test Invantive Data Replicator and the various cache mechanisms were disabled. At start of the test Visma.net Financials contained approximately 5.000 customers and Exact Online contained more. No use was made of Invantive’s features for parallel processing within or across companies.

Initial loading of 1.000 customers would therefore take approximately 10 minutes. With 10 new customers per day and daily synchronization, the customer base of Visma.net and Exact Online would be up-to-date with a runtime of less than 30 seconds.